One of the main threats to our wellbeing is stress. Stress can cause psychological disorders which become physical illness – digestive disorders, cardiac disease and cancers. Many do not consider the stress in our lives caused by unresolved conflict.

Hold a glass of water in your outstretched hand. It’s easy to do. Hold it there for a few moments. That’s ok too. Try holding it for a few hours and your arm will be really sore. The longer you hold it, the more difficult it becomes. We understand that the weight of the glass has not changed. It’s our capacity to keep it holding it up. It’s the same with stress caused by unresolved conflict.

I had a conversation with a woman whose relationship with her brother was damaged because of a misunderstanding about what she had said decades ago. When I asked if she had ever attempted to speak about it with him, she looked astonished at the question and then said “No. That would only make things worse.” Their relationship was more cautious and cooler because if long held incorrect beliefs and suspicion.

The easiest direction is downhill, but it is a dangerous one, and that is the way most relationships head when conflict is not managed well. Our genetics teach us to flight, fight or freeze, and none of these are very useful to us any longer. The flight fight, freeze response comes from the ancient part of our brains called the amygdala, and its original purpose was a lifesaving one. Should we have been confronted by a dangerous animal, we would get a rush of adrenalin and blood to fuel our muscles to help us to run away faster if we could, fight if we had to defend ourselves or freeze in case the creature hadn’t noticed us or would be more entertained by chasing one of our friends who had chosen the flight or fight response.

With blood loaded in our muscles we have starved the resourceful (modern, thinking) part of our brain which enables our rational mind (in the frontal cortex) to work. It is not possible to as creatively and clearly when in flight, fight or freeze. There aren’t too many wild animals to contend with in our modern era, so the flight, fight, freeze response is no longer required as much as it was for our ancient forebears.

In conflict, to flight is to avoid. Conflict does make us feel uncomfortable and we often choose the avoidance path as the easy downhill option. We may avoid a conversation via the fight response, by arguing, trying to overpower, convince, coerce, using raised voices or threatening tones, it may even denigrate to physical violence. We may avoid a conversation using the freeze response, just pretending it didn’t happen, getting “over it” and living with the accumulation of feelings of disappointment, and then resentment.

None of these ways of responding to conflict ever really resolves the issues. There is a fourth response that most people have not learned, and that is to think, to listen and consider what the other person is really saying, build understanding, to discuss and if needed, find new options that are mutually acceptable. The problem with this conversation avoided, is that the conflict has gone unresolved. A small conflict may blow over the first time, and may be even next, however soon we are likely to be feeling highly stressed. The longer this conflict goes on, the more uncomfortable (think of the glass of water) we feel. At some stage, when a situation arises with that person, or someone else if we are now very highly stressed, we are likely to explode. The person who is at the other end of our outburst will be wondering what ever is wrong with us. What a bad tempered and unpleasant person we are and certainly undesirable to be around. An observer may judge us our bad behaviour negatively and avoid getting to know us as a person.

Each person has their own truth and perception is their reality. Consider 2 next door neighbours who live in houses divided by a shoulder height fence. They have been chatting across the fence about their gardens and then one mentions that they don’t like the colour of their blue fence. The other says they quite like it and it is not really blue it is more of a green colour. The first insists that it is nothing like green, and calls their family out to comment on the colour. Each says that yes, it is definitely blue. The other neighbour also calls out their family to back them up. That family says, no way is it blue it can only be called green. The families have taken sides and help to strengthen the position and resolve of the neighbour with the dispute. At the same time they may be denigrating the other neighbour to each other and to their friends. Each friend has their own war story to add to the conversation and the conflict escalates. 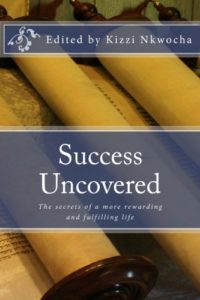 This is a sample of a chapter in the book Success Uncovered.  The chapter is written by Naomi Holtring .

How To Maximise Your Inner Creative Genius
How Do You Measure Your Success?
Hally Rhiannon-Nammu: The Spiritual Changing How You Think

How Do You Measure Your Success?