On the 20th April 2016 my Great Aunty Mary Gerrey died aged 97. Six weeks before Mary passed she had a doctors appointment. My Dad arrived to take her and as they were leaving he said, “Aunt I will just go and get you a walker”. Aunty Mary seemed a little surprised and asked, “Why would you do that? Walkers are for old people!” Within the same breath she sat up assisted by the nurse and applied her soft pink blush followed by her rose red lipstick, as she had done for as long as I could remember. The nurse smiled as she looked at my dad and remarked, “ Well a girls gotta do what a girls gotta do!“ Great Aunty Mary stated in a voice of determination, “Now I am ready.“

So what does this story have to do with anything? Why am I telling you a story about my Great Aunty Mary and is she the answer to creating the life you want? I am not sure; it is up to you to decide.

Aunty Mary was a quiet and independent woman. The youngest of ten children who liked to eat organic fruit and vegetables, wait until the full moon to cut her hair (quite non-traditional for her vintage some might say) and enjoyed an occasional brandy. The thing is, I would like to live for 97 years and beyond in sound mind and body, and I am certainly prepared to listen to someone who did. Imagine the power of your language at 97 years of age to refuse a ‘Walker’ because your belief is that you are NOT OLD.

The power of language starts at birth and ends with our last breath. On my Auntie’s last day here on Earth my mother asked her “Any advice for the relatives?“ To which she replied, “Eat well and be happy“. Seems pretty simple right? When I look at her life that is exactly what she did, she ate well by choosing organic food and was largely a happy and content person. She didn’t require material possessions, a partner, or children. She made a choice to be happy from within and developed a successful mindset through using the power of her language to create her own reality. If she didn’t Great Aunty Mary would have chosen the walker well before 97 and perhaps not even made it to her 90s. I mean she could have lived ‘til 97 but died at 65 (mentally ).

David R. Hawkins (M.D., PH.D) explains this beautifully in his book “Letting Go”, in which he highlights how studies carried out in various fields of psychology reveal “the primary human goal superseding all others is survival. Every human desire seeks to ensure ones personal survival and the survival of ones identified groups such as family, loved ones, and country. Humans fear most of all the loss of the capacity to experience. It is common for humans to look outside of themselves to gain the satisfaction to meet their needs. The mind is therefore a survival mechanism”. So to be physically well, pain free and have high levels of cognitive ability for 97 years my Great Aunty Mary made a choice to have a successful mind. Owning a successful mind is conducive to owning a successful life.

I have always been fascinated by the power of language and for fifteen years I worked as an Early Childhood Educator incorporating my passion for language with my work. For me the creative components were a great way to teach and enhance language development through music, art, play and stories. I always thought books were a wonderful way for a child to be transported into a different world, to see situations from the perspective of others and combine the power of imagination and language to develop personal ideas about the text. Perhaps the transformation and journey into a book was a way to escape pain or an unfulfilling environment. Maybe the child would be transported into a magical place where their mind is empowered with the confidence to be anyone they wanted.

I loved silly and nonsense language, stories that allowed children to be very present in that moments thoughts – exclusive to anything else, fun in heart and mind. I have so many fond memories of reading books to children and it was through those words and stories that there was no other world, there was no other status, no other culture, no other social demographic, no other race, no prejudice, no division. It was just the children, with their unique faces and individual personalities, and a few silly words that allowed for real happiness. You know the kind, the kind of happiness that children express without apology or embarrassment.

It was during those fifteen years I experienced first-hand the power of language. How a teacher, parent or another child could tear down a child’s belief system sometimes intentionally sometimes not, or the power of language that empowers a child to learn, grow and do so on a magnificent scale. I also witnessed the children that said “ I cant”, “I won’t”, “It’s too easy”, “it’s too hard”, and, “I never”. I wondered who taught them that, who they modelled that language from and then as best I could I reframed and modelled a more resourceful way to use language to themselves.

Fifteen years on I am still doing that but even more effectively through Neuro Linguistic Programming (NLP). NLP is the Science and the study of human excellence. It explores the relationship between the Neuro (how we think), Linguistic (How we communicate), and Programming (our patterns of behaviour and emotions). It is a powerful discipline that allows us to change the way we think and act (The Coaching Institute Melbourne, 2013).

So why would NLP be useful and for what purpose? If you are not getting the results you want in your life, you may want to take a look at the language you are saying to yourself and others. Are you feeling like you are on autopilot – not really living – just existing doing the same thing over and over habitually?

Many messages are just being programmed into our unconscious mind. These messages may be delivered through friends, acquaintances, books, articles, the internet, newspapers, neighbours and so on. “The NLP Communication Model tells us that we get around two million pieces of information per second from the estimated sixty to ninety thousand thoughts going on all day every single day. To process this information we delete, distort, and generalise arriving at a tiny seven plus or minus two chunks of information from two million pieces” (The Coaching Institute Melbourne, 2013). 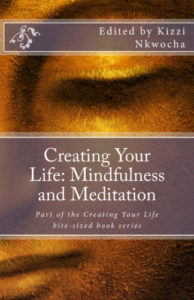 This is a sample of a chapter taken from the book Creating Your Life: Mindfulness and Meditation.  The chapter is written by Gai O’Dwyer . Click here to pick up your copy.

Living Life on Your Terms
Hally Rhiannon-Nammu: The Spiritual Changing How You Think
Force of habit 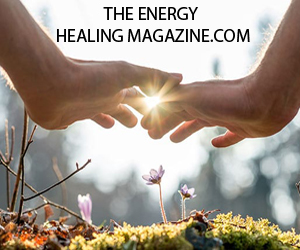 Joy Lin: How can science and spirituality co-exist?